Bahrain International Circuit (BIC), “The Home of Motorsport in the Middle East”, hosted the fifth and final round of the Bahrain Rotax Max Challenge (BRMC) 2021 over the weekend, and the newest series of champions emerged at BIC’s world-class karting track.
Taking impressive victories in the season-finale were Fahad Alkhaled in the Senior Max class, Fahad Almuqla in the Junior Max category, Luca Houghton in the Mini Max and Shaikh Rashid bin Salman Al Khalifa in the Micro Max.

All four winners were also crowned the season’s champions in their respective divisions.

Alkhaled won the BRMC Senior Max title with 167 points on the championship standings, having claimed the Pre-Final and Final races in four of the five rounds held. Lewis Smith was the runner-up with 128 points, while Najashi Rashdan finished third on 101 points.

Almuqla took the BRMC Junior Max class, sweeping through the campaign and winning all five Pre-Final and Final races to finish with 175 points. Abdulqader Qasem was ranked second on 104 points, and Sari Alzubi third on 100.

Houghton won a tight battle for the BRMC Mini Max crown after finishing with 150 points, with four Pre-Final and Final wins each. Gracie Rose Grantham was the close runner-up with 135 points, while Shanthosh Kumar was third on 130.

Shaikh Rashid clinched the BRMC Micro Max title with a near-perfect season, winning four Pre-Finals and all five Final races. Khaled Alnajjar was ranked second on 138 points and Charlie Goddard third on 112.
Amongst the season’s title-winning Entrants, Forza Bahrain Racing were winners in the Senior Max category, BirelArt Bahrain in the Junior Max and Mini Max, and Praga ME in the Micro Max.

The BRMC was part of this year’s Bahrain Karting Sprint Championship. All the action in the season-finale took place along the 1.414-kilometre CIK-FIA track of Bahrain International Karting Circuit. The 2021 championship-finale was run with strict health protection measures in place, in line with government regulations and guidance.

Lewis Smith got things off on the right foot in the Senior Max category, beating Fahad Alkhaled by 0.152 seconds to pole position in Qualifying. In the Pre-Final, Najashi Rashdan claimed the win just 3.804s ahead of Yasmin Almadani, while Alkhaled and Smith had to settle for fourth and fifth, respectively. Alkhaled was then able to take the Final, however, gradually powering to the lead by the third of 15 laps and holding on all the way to the chequered flag to win in 13 minutes 49.652 seconds. Rashdan followed 3.918s behind, while Smith completed the season-ending podium 6.319s back.

In the Junior Max class, Fahad Almuqla was the aggressor all through the meeting, winning Qualifying and the Pre-Final before cruising to a pole-to-flag win in the 15-lap Final in 14:02.882. Tye Mejia was second 3.712s off the winning mark, while Ahmed Alsesey came third 5.986s adrift.

Amongst the Mini Max competitors, Shanthosh Kumar took Qualifying by just 0.057s ahead of Louis El Nabulsi. But in the Pre-Final, it was Luca Houghton in first place 0.345s ahead of Kumar. Houghton then rode his momentum into the nine-lap Final to win from pole in 8:56.736. Mohammed Alhasan was the runner-up with a 4.152s difference, and Gracie Rose Grantham third with a 5.043s gap.

In the Micro Max class, Shaikh Rashid bin Salman Al Khalifa asserted his dominance from start to finish. After finishing first in both Qualifying and the Pre-Final, he overcame a tough challenge from Khaled Alnajjar in the nine-lap Final to take the chequered flag in 9:27.677, just 0.202s ahead of Alnajjar. Charlie Goddard finished third 0.732s behind.

Following all the action, the podium ceremonies were held and the round’s winners and newly crowned champions awarded. 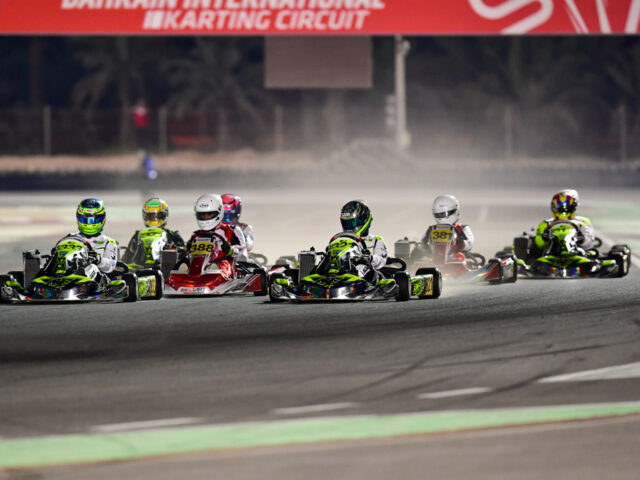 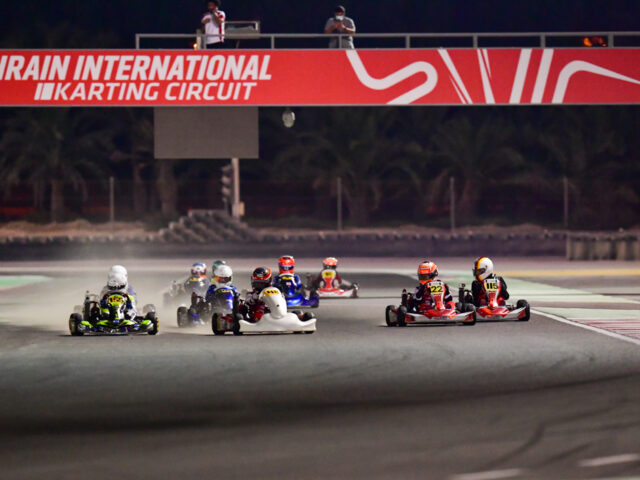 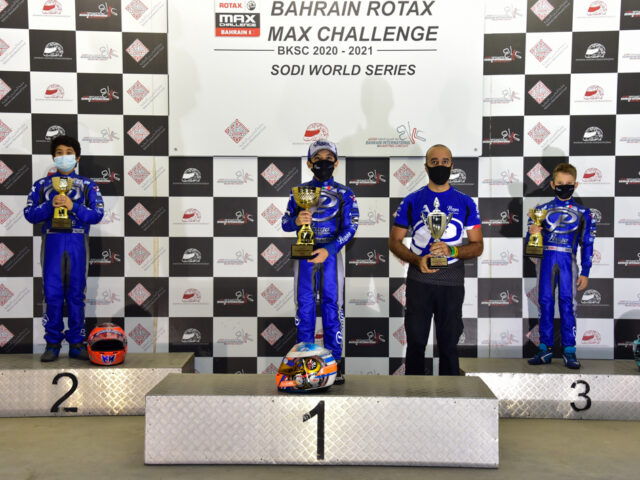 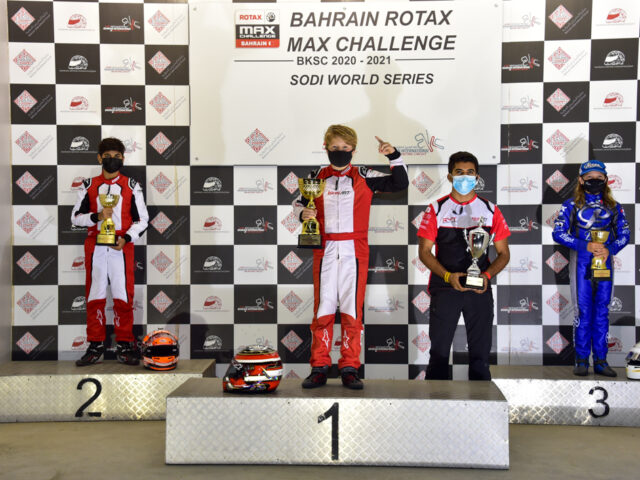 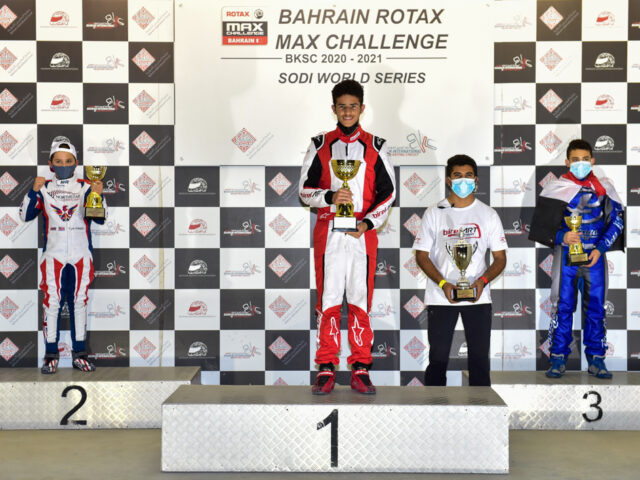 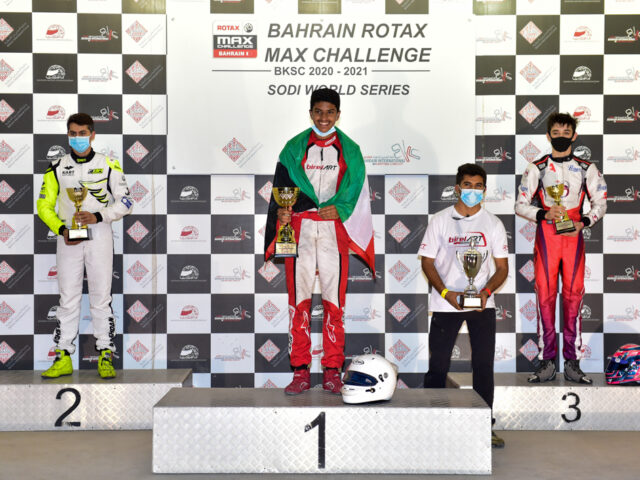 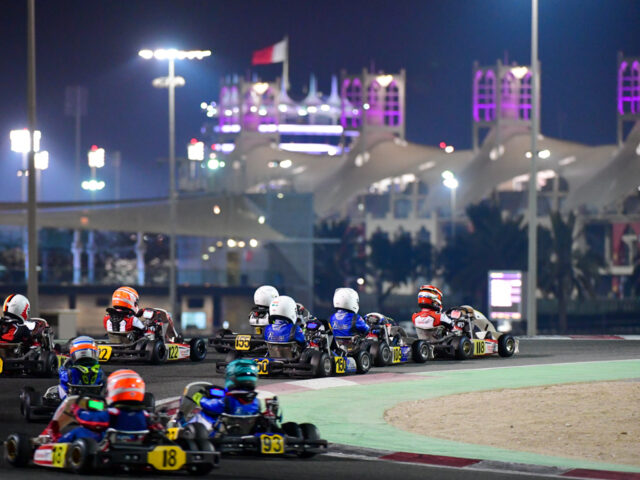