Le Mans Virtual Series, a joint venture between Motorsport Games Inc. and the Automobile Club de l’Ouest (ACO), today announced its 2022 calendar, with the 8 Hours of Bahrain set to become the season launch race on 17 September.

The esports series returns this September for more of the elite, endurance esports competition which has attracted world motor racing champions, captured global attention, and received plaudits from teams, drivers and fans alike. The announcement was made today at the official ACO annual press conference ahead of the 90th running of the 24 Hours of Le Mans.

Similar to the 2021/22 series, all five rounds of the coming series will be held online on the rFactor2 platform including the 24 Hours of Le Mans Virtual, the climax of the premier endurance esports championship. This format allows teams to compete virtually on simulators located all around the world, for a total prize fund of US $250,000. For an exciting preview, click HERE to view a trailer for Le Mans Virtual Series 2022.

To allow more flexibility within professional drivers’ schedules – now fully restored after the disruption of the global health pandemic – a change has been made to the driver requirements. Teams must enter one professional driver in at least one regular round of the series (Rounds 1-4) instead of the full season.

The 2022/23 calendar features some of the world’s most famous and recognizable racetracks across three continents which will challenge drivers from the real and sim worlds, and thrill the millions of esports enthusiasts around the globe. New for 2022 is the season-opening 8 Hours of Bahrain, a more modern classic which fits in comfortably with the history and legendary status of Monza, Spa, Sebring and, of course, the most iconic venue of them all, Le Mans.

Pierre Fillon, President of the ACO, commented: “We are very pleased to have supported and followed the success of the Le Mans Virtual Series to date with, as its highlight, the 24 Hours of Le Mans Virtual. The link between real-life motorsport and esports is an essential element for our manufacturers and teams, and we believe it has an important role to play in attracting a new, younger audience both on and off track. We all look forward to another excellent season of esports competition.”

CEO of Le Mans Virtual Series, Gérard Neveu, said: “Last year’s Le Mans Virtual Series was extremely successful but we always aim for better! The audience figures and returns we saw in 2021-22 go a long way towards recognizing the support of our impressive portfolio of partners, the collaboration of elite manufacturers and the commitment of the best sim racing teams including our current champions, Team Redline. We are confident we will continue to attract champions from all different categories of motorsport and sim racing, and that we can produce another exciting and professional esports series for the massive worldwide gaming and spectator audiences to enjoy.”

Sheikh Salman bin Isa Al Khalifa, Chief Executive of Bahrain International Circuit, added: “The Le Mans Virtual Series has swiftly become one of the most popular esports racing platform in the world, attracting world champion drivers and an impressive TV and digital viewing audience. It is therefore a great pleasure to join the calendar and for the 8 Hours of Bahrain to open the season.

“Whilst esports gathered huge momentum during the pandemic, there is no doubt that that trend will continue. This event represents part of our role to support the growth and participation in esports ion the region and we look forward to developing further in this area.”

The vision for the virtual series remains to be as prestigious and recognizable as the real-world FIA World Endurance Championship, which includes the 24 Hours of Le Mans as its cornerstone event. The esports series will continue to use rFactor 2 as its platform, which is focused on the sim racing audience and provides a more authentic racing experience. Focus on increased race and strategy analysis and professional broadcasts of the races will further boost fan interest and engagement. As in previous years, FIA-licensed drivers and sim racing experts compete together in either LMP or GTE models. More details on the entry list will be revealed at the beginning of September. 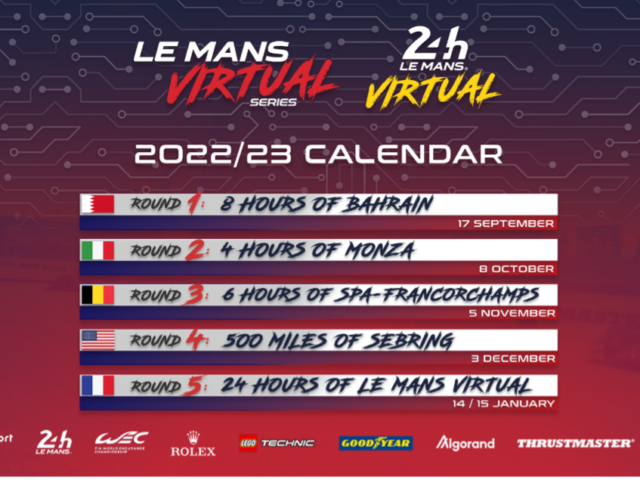 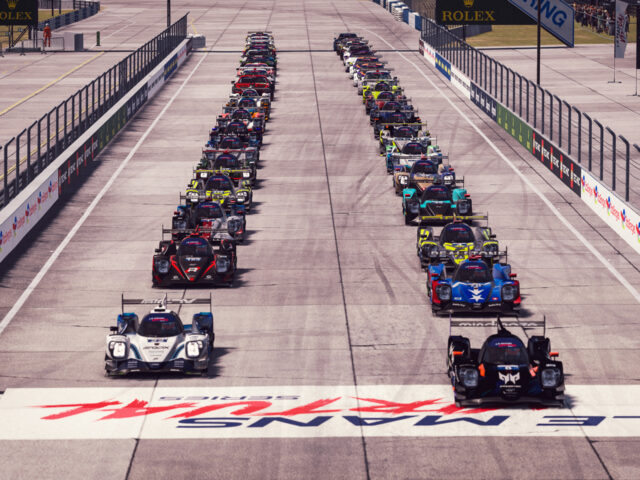