Bahrain1 Racing team upheld their perfect record in the Pro Mod category of the 2021/2022 Bahrain Drag Racing Championship after posting a fantastic one-two in the season’s third round, which culminated last weekend at Bahrain International Circuit (BIC) in Sakhir.

Defending champion Khaled Al Balooshi stormed to yet another impressive win but only by the narrowest of margins from Bahrain1 teammate and NHRA World Champion Stevie “Fast” Jackson.

The pair went head-to-head in the meeting’s final and put on a thrilling show. Al Balooshi had a run of 3.737 seconds at 319.60kph in his Gen 3 Camaro Blower, beating Jackson by just six-hundredths-of-a-second down an eighth-mile’s distance along the BIC strip.

It was the third win in as many rounds for Al Balooshi, maintaining his pristine record so far in the Kingdom. The Emirati appears well on his way to claiming back-to-back Pro Mod titles in the Bahrain championship.

More than 200 competitors from across the Gulf and the U.S. gathered at “The Home of Motorsport in the Middle East” to take part in the round, which marked the midway point of the season. They battled it out in 13 competition categories along BIC’s world-class quarter-mile strip, which is a member of the Worldwide Network of the U.S.-based National Hot Rod Association (NHRA).

Homegrown Bahraini talents were winners in seven of the race classes.

Yousif Alzayani won the Outlaw 6-Cylinder category with an 11.154s run to beat Nawaf Almanai, who did not register a time in their final duel. Faisal Alarab claimed third.

Elsewhere in the round, Abdulrahman Alkaabi from the UAE won the 8.5 Index class for cars with an 8.591s final pass at 243.92kph. Hussain Almahroos was the runner-up and Hussain Abduljalil came third.

Mishari Al Turki from Saudi Arabia won the Pro Street Bikes class ahead of Jehad Al Jamal, who didn’t register a time in their final. Khalid Al Fowzan took the other podium step.

Mohammed Al Awwad from Kuwait rounded off the winners by taking the Outlaw Bikes category with a 4.291s elapsed time at 257.96kph. Khalid Aldosary was the runner-up and Al Fowzan was once again third.

Following all the action, the top three in each class were presented their trophies in their respective podium ceremonies by officials from BIC, Bahrain Motor Federation, Bahrain Drag Racung Club and Bahrain Motorcycle Club.

With three rounds of the season complete, the stage is set for the final two meetings, which are set to be held on back-to-back weekends next month. Round four will take place 8 to 11 February, followed by the season-finale between 15 and 18 February. 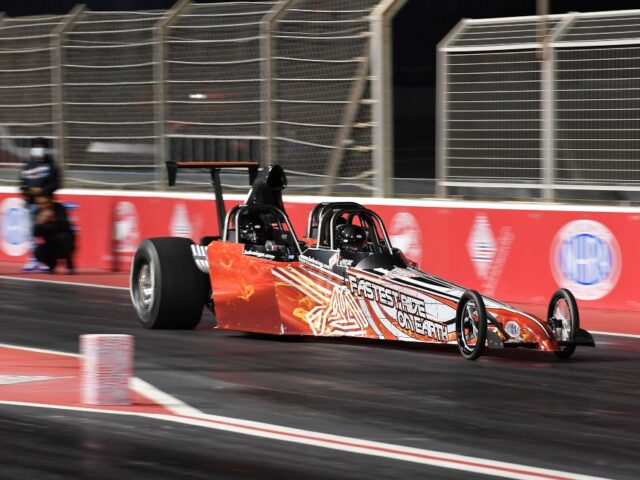 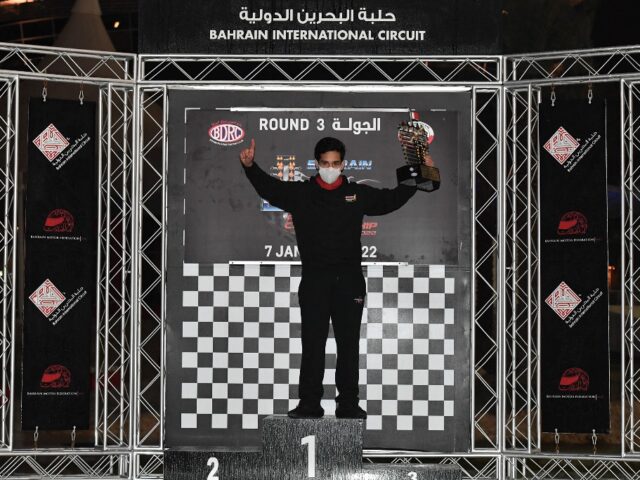 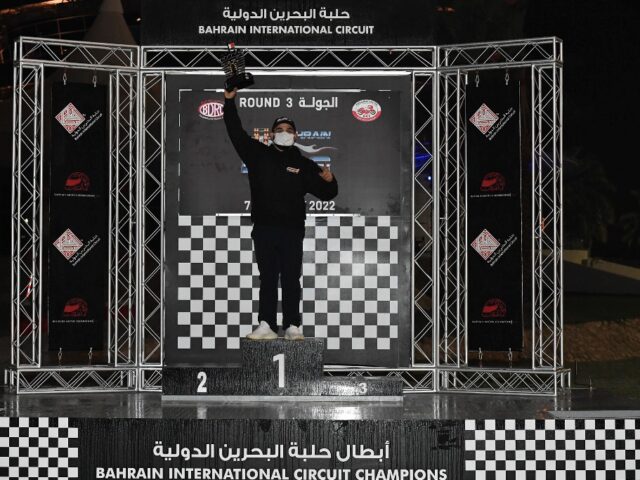 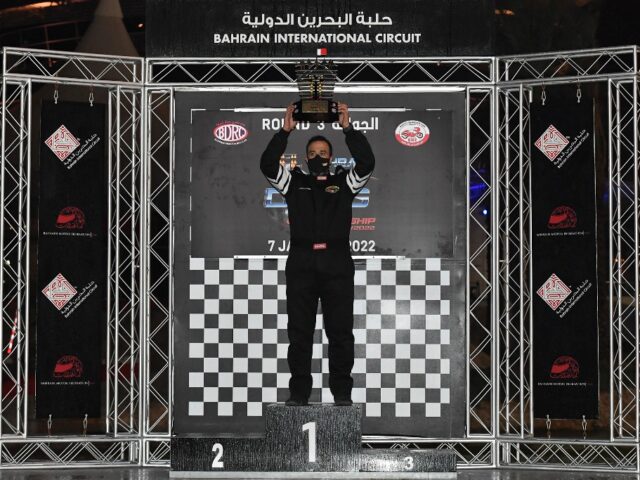 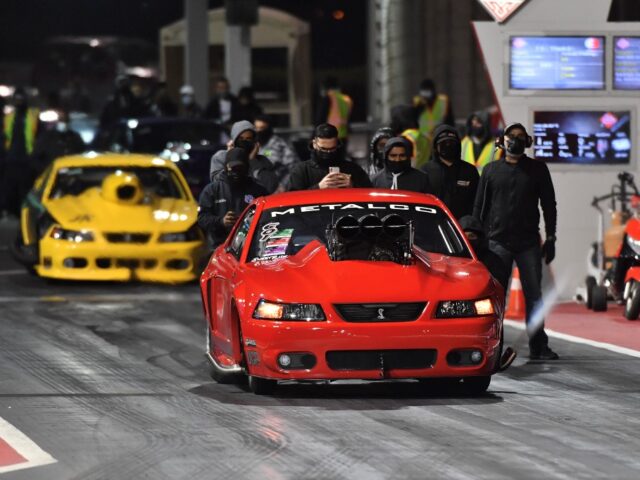 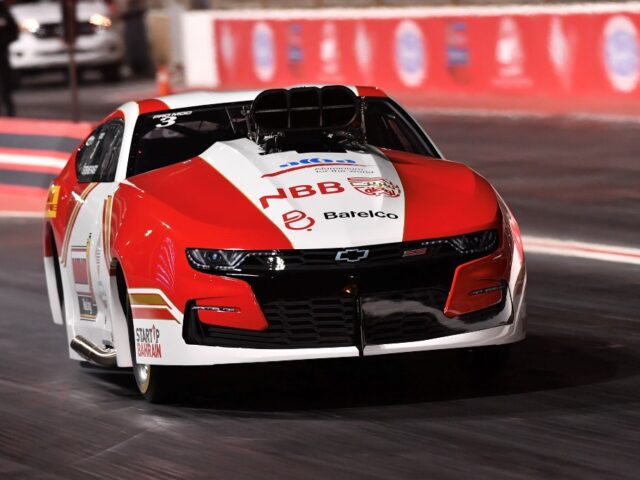 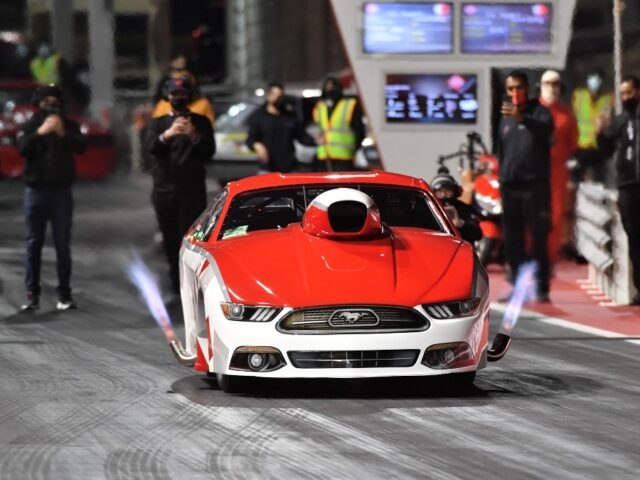 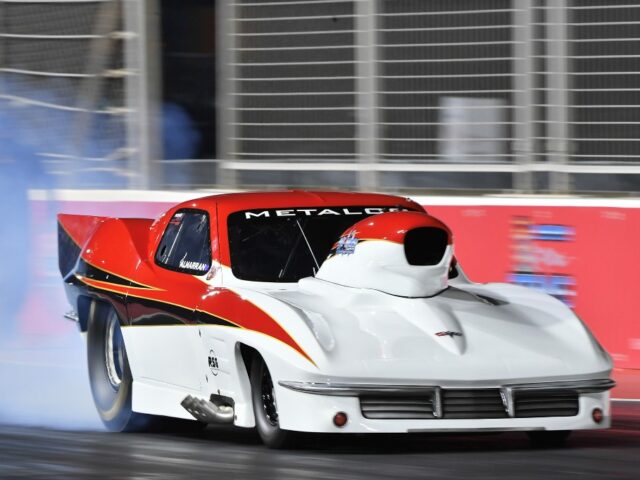