Liam Lawson was the fastest man amongst the Formula 2 contenders today while Isack Hadjar set the pace in Formula 3 as pre-season testing continued for a second day at Bahrain International Circuit (BIC) in Sakhir.

Both F2 and F3 are preparing for the start of their respective championships later this month. Their season-opening rounds are set to take place in support of the Formula 1 Gulf Air Bahrain Grand Prix 2022, scheduled for 18 to 20 March at “The Home of Motorsport in the Middle East”.

The pre-season tests continue Friday (4 March) along BIC’s 5.412-kilometre Grand Prix track, and it will be the third and final day of running at BIC.

In today’s F2 tests, Lawson had an ultra-quick lap of one minute 41.623 seconds to go to the top of the timesheet. He posted his mark late in the evening session when he put in 20 laps of work. Lawson, racing with Carlin this season, was the only driver to go faster than the 1:42.000 mark on the day. It was also the quickest time so far in these pre-season tests.

Ralph Boschung of Campos Racing followed with a fastest lap of 1:42.096, while Theo Pourchaire had the same time in third for ART Grand Prix.

During the morning runs, Hitech Grand Prix’s Juri Vips had a 1:46.705 lap to go quickest. Behind Vips was Richard Verschoor of Trident with a 1:47.231 mark, while Cem Bolukbasi of Charouz Racing System finished third on 1:47.688.

Today’s F2 tests saw all 22 of the season’s contenders in action.

In F3, Hadjar set the day’s best time during the morning session. The Hitech driver posted a best mark of 1:47.516 midway through his 30-lap run.

The fastest F3 times of day two came in the morning—all sub-1:48.000 laps. Gregoire Sauy and Juan Manuel Correa, both of ART Grand Prix, were fourth and fifth, and day one leader Zane Maloney of Trident sixth. Alexander Smolyar of MP Motorsport was seventh, and Jak Crawford of Prema Racing eighth.

All 30 F3 cars took to the track for today’s testing.

The ongoing F2-F3 joint-tests mark the third successive year that F2 has chosen BIC for its first on-track action of the season, while F3 also had pre-season running here in 2020.

These tests will be followed by F1 pre-season testing at BIC, also to be held over three days, from 10 to 12 March. That will set the stage for the F1 season’s opening round in Bahrain, which is set to be an historic, once-in-a-generation event that will usher in “A New Era” in F1 following the biggest shake-up of rules and regulations in modern motorsport history. 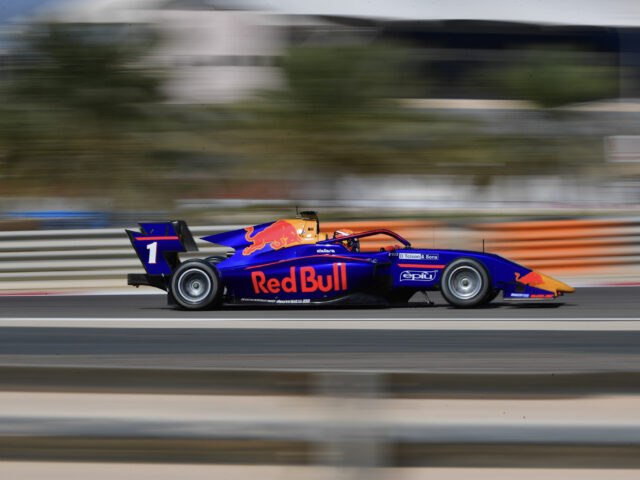 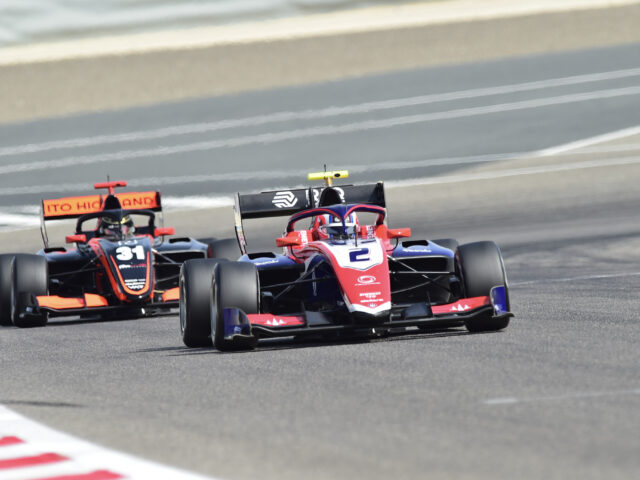 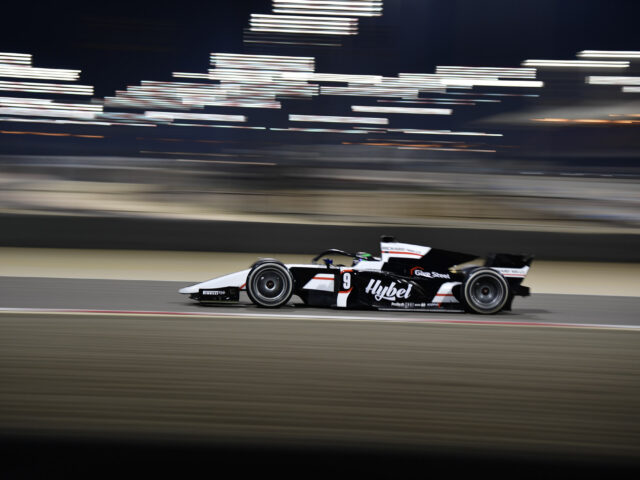