Analysis of the Hungarian Grand Prix, brought to you by Bahrain International Circuit

Dramas off the track are a staple diet for any loyal F1 fan and there was plenty in the air following the Hamilton vs Verstappen incident at the last race at Silverstone. Every angle of that collision has been poured over by the media, current and former drivers have weighed in on the debate, Red Bull sought to appeal the Stewards decision, they subsequently lost the appeal and Verstappen got pretty shirty when asked about it again in the drivers’ press conference this week. The record books will show Hamilton’s victory and a Verstappen DNF, so in a way none of this particularly matters any more. On the other hand, it changed the course of the title fight so dramatically, it’s a pure treat for any follower of F1 to be able to witness this titanic fight.

Qualifying showed that the Silverstone feud is not going anywhere. Hamilton qualified on poll and was loudly booed by adoring Max fans, with Mercedes accused of gamesmanship in Q3, with a slow outlap which some thought was designed to impede others. Crucially, Bottas qualified second, ahead of Verstappen. Behind them, Perez, Gasly and Norris were all within a tenth of each other.

So, the scene was set for a cracking race. Tyre strategy was going to be critical, with track temperatures floating around 60 degrees on Saturday, with degradation likely to be a major issue.

Race day, however, was a totally different story, with rain falling 15 minutes before the race resulting in all teams starting on the intermediate wet tyres. Track temperatures were 20 degrees lower. The race start was absolute carnage and perhaps the most chaotic in many years. With grip in short supply on a greasy surface, Bottas locked up into turn one and went straight into the back of Norris. The domino effect was substantial. Norris then went into the side of Verstappen and Perez and Stroll and Leclerc all suffered an immediate end to the race. Verstappen was the only driver from that group who was able to continue, however his damage was significant. There was a lengthy red flag period to sort out the debris on track, which gave Red Bull some time to fix the damage to Verstappen’s car, but the mechanics weren’t miracle workers so it was clear that he would struggle once the race restarted.

The restart was one of the most unusual you will ever see in F1. Every single driver apart from Lewis Hamilton went into the pits in the warm up lap as the weather improved allowing for slick tyres. Hamilton took his lonely first lap as the rest of the field emerged from the pit lane, only to realise that he would need an immediate pit stop to change into slick tyres. It was a very odd decision, as when Hamilton went back on track, he emerged last.

The stage was then set for phenomenal race as the track dried and drivers sought to find a more natural position. The biggest issue was that so many cars were out of normal position and Hungary is the second hardest track on the calendar to overtake on. To give that some context, on the restart Hamilton spent several laps trying to overtake a Hass. It’s that hard.

Pit stops began on lap 20. Hamilton went in first, with Verstappen reacting the following lap but the Mercedes got the better outlap. The majority of the rest of the field stopped later, aiming for a single stop strategy and by the time that the two stoppers (including Hamilton) had pitted around lap 50, Ocon in the Alpine was leading ahead of Vettel in the Aston Martin very close behind. Both drivers had managed to avoid the carnage behind and stuck to sensible strategies. Despite Vettel’s efforts, Ocon held on for a dramatic debut victory with Vettel second. Hamilton did his work to claw back from fifth after his second stop but could not overtake the top two. On reflection, a third-place podium after the pandemonium before was a good result, especially when Verstappen could only limp home for tenth.

Elsewhere, both Williams drivers finished in the points with Latifi and Russell claiming 8th and 9th in a result which gave them their first team points since 2019.

But it was Ocon in a shock victory who will claim the headlines but nothing will have been done to temper the moods between Mercedes and Red Bull. Those fireworks will surely run to the wire this season.

F1 now heads off for its summer break, with the action set to resume at the popular Belgium Grand Prix at the end of the month. 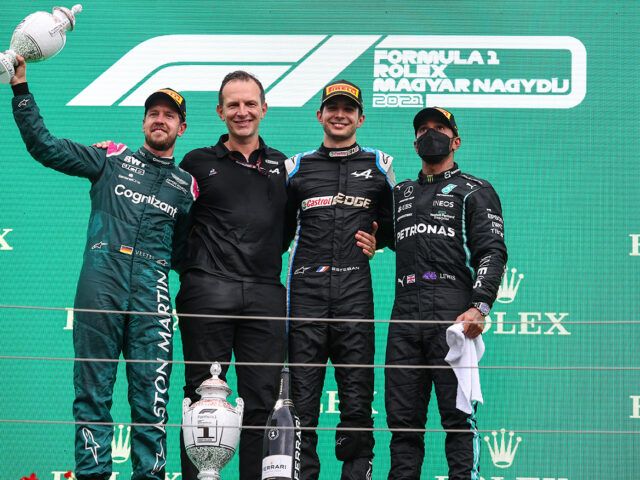 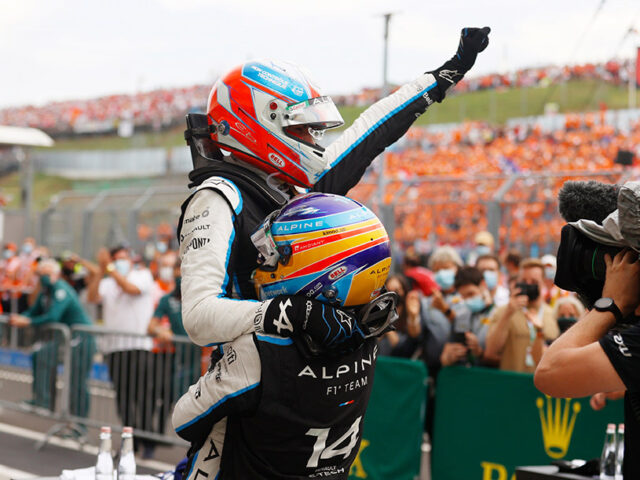 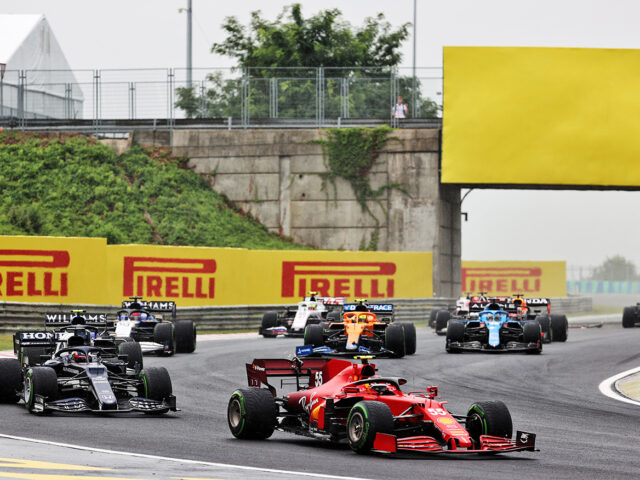 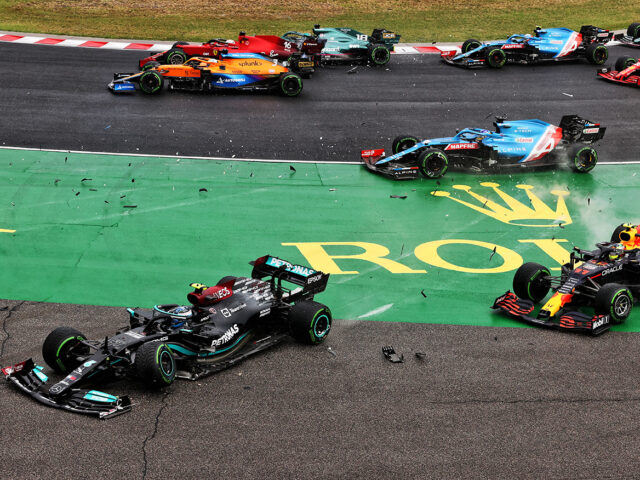 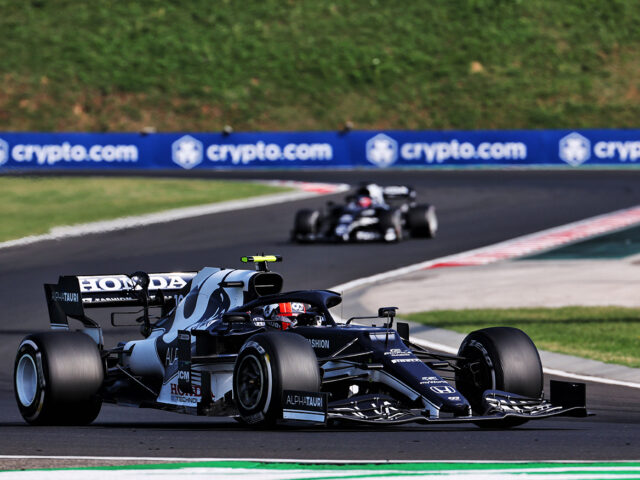 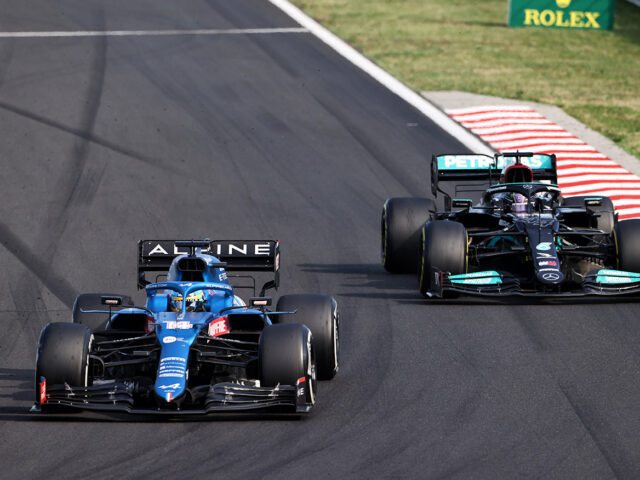 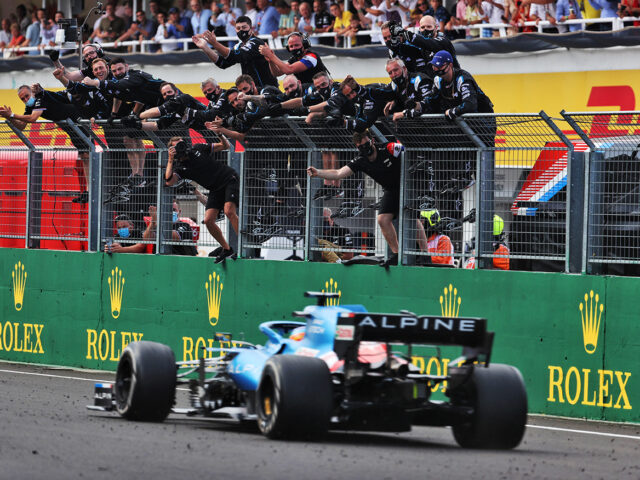