Newly crowned champion Raed Raffii closed out his title-winning season in style with a double victory over the weekend in the seventh and final round of the 2020/2021 BIC 2,000cc Challenge.

Bahrain International Circuit (BIC), “The Home of Motorsport in the Middle East”, hosted the curtain-closer along its 2.554-kilometre Inner Track, and there were thrills from start to finish across the highly competitive 12-driver field.

With Raffii’s victories, he brought his season total to eight wins from the 14 races held. He was also on the podium for the other six races, making for a spectacular campaign.

The meeting was organised by BIC in cooperation with the Bahrain Motor Federation, Circuit Racing Club and Motorsport Marshals Club. All the proceedings were held with strict health protection measures in place, in line with government regulations and guidance.

Ali Al Mansoori got the day’s action off on the right foot as he topped the Practice timesheet with a fastest lap of one minute 18.302 seconds in his Honda Civic contender.

But it didn’t take long for Raffii to find his groove and in Qualifying steered his Honda S2000 to pole position with a best lap of 1:16.795. Raffii was a half-a-second quicker than Raed Himmo, who secured the other front row position ahead of Al Mansoori and Majed Himmo.

In Race One, Raffii and Raed Himmo were engaged in a tough battle for the first half of the race but then Himmo was forced to retire on the seventh lap. Raffii took full advantage and powered on to take the chequered flag in 15:40.763 after 12 laps.

Andreas Buelow was the overall runner-up in his Honda Civic while also taking the win amongst the Novice class runners a distant 26.164 seconds behind Raffii. Ramzi Al Qassab in an Acura DC5 came third 28.604s from first place, also in the Novice category.

Tareq Al Tajer in a Ford Focus was fourth overall and second behind Raffii amongst the Pro class participants.

Majed Himmo in a Honda Civic was fifth and Martyna Al Qassab in an Acura DC5 sixth, while rounding out the classification from seventh through 11th were Al Mansoori, Giovanni Salerno (Ford Focus), Mohammed Janahi (Honda Integra) and Wiebke Buelow (Honda Civic).

Raed Himmo clocked the fastest lap of 1:16.932 before retiring from the race.

In the round’s second sprint, Martyna Al Qassab was at the front of the start grid but it was Majed Himmo who was in the lead by the end of the first lap. He and Raffii were engaged in a two-horse tussle and Raffii was able to gain the upper hand on lap six. He held on to the lead from there and took the chequered flag in 15:41.394.

Majed Himmo continued to fight but on lap nine was overtaken by Raed Himmo, who eventually finished as the runner-up 8.577s off Raffii’s winning pace. Majed Himmo had to settle for the final overall podium step 20.599s adrift, while also being classified first in the Novice class.

Al Mansoori, Andreas Buelow, Martyna Al Qassab, Salerno and Wiebke Buelow were all in the top eight, while Janahi and Al Tajer completed the results.

Following each event, the winners were presented their respective trophies in separate podium ceremonies. 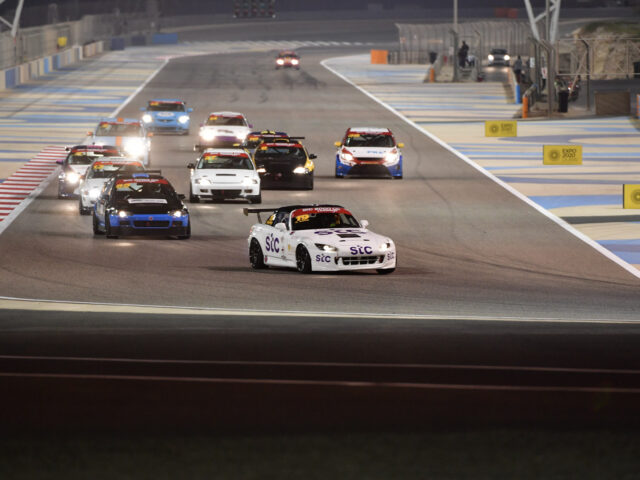 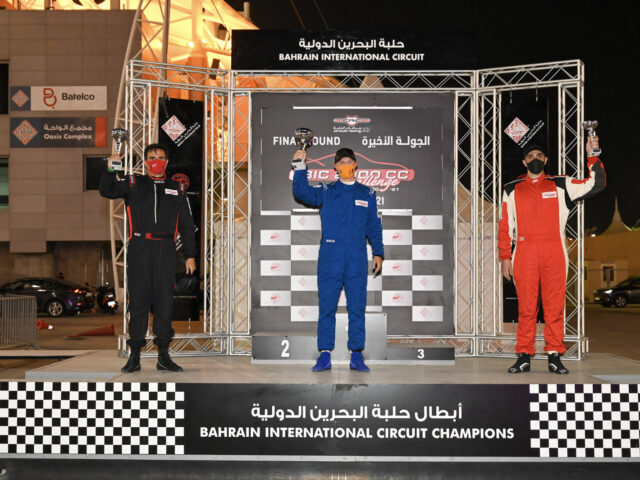 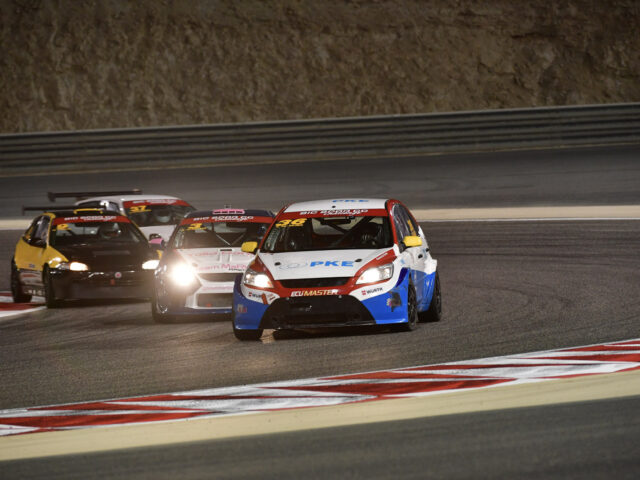 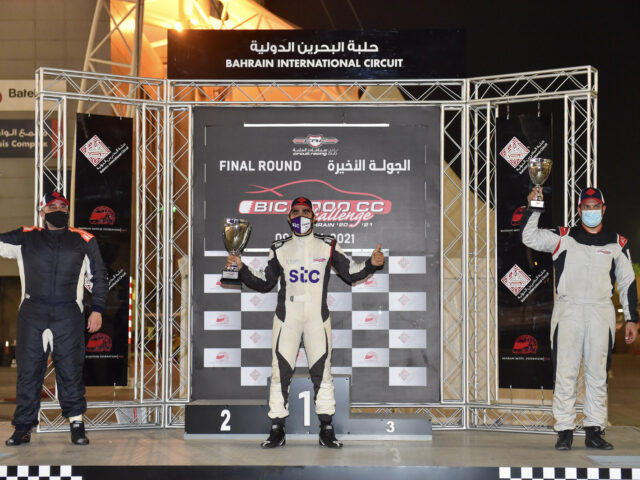