Hartley was given the duties in the cockpit of Toyota’s GR010 Hybrid in the 10-minute Qualifying session, and he was able to deliver pole with a fastest lap of one minute 46.800 seconds.

Hartley outpaced Paul Di Resta of Peugeot TotalEnergies, who was behind the wheel of the 9X8 challenger which he shares with Mikkel Jensen and Jean-Eric Vergne. Di Resta had a best time of 1:47.610 to claim the other front row grid position.

Toyota’s #7 crew of Mike Conway, Kamui Kobayashi and Jose Maria Lopez, with Conway in the car, qualified third with a quickest lap of 1:47.738, while joining them on row two were Peugeot’s #94 crew of Gustavo Menezes, Loic Duval and Nico Muller. Menezes had a best time of 1:48.334.

Alpine Elf Team rounded out the Hypercar class competitors in fifth on the grid. Matthieu Vaxiviere had a fastest lap of 1:48.343 in their #36 A480-Gibson, which he shares driving duties with Andre Negrao and Nicolas Lapierre.

In the LMP2 class, RealTeam by WRT were the pacesetters in their #41 Oreca 07-Gibson. Norman Nato was able to post a best time of 1:50.330 in his final lap of Qualifying. He is joined by teammates Rui Andrade and Ferdinand Habsburg in his car.

Second in class were JOTA in their #38 contender, driven by William Stevens to a quickest lap of 1:50.467. Stevens shares the car with Roberto Gonzalez and Antonio Felix Da Costa. Starting third will be United Autosports USA with their #22 crew of Felipe Albuquerque, Philip Hanson and William Owen. Albuquerque steered their Oreca 07-Gibson to a best time of 1:50.497.

Meanwhile, Gianmaria Bruni powered Porsche GT Team to the leading grid position in LMGTE Pro class. He set a best lap of 1:56.143 in his #91 Porsche 911 RSR-19, which he shares with Ricahrd Lietz.

Fuoco shares his car with Miguel Molina, while Christensen with Kevin Estre.

In the LMGTE Am, Sarah Bovy drove all-ladies outfit Iron Dames to pole. She had a fastest lap of 1:59.186 in her #85 Ferrari 488 GTE Evo, which she shares with Rahel Frey and Michelle Gatting.

TF Sport’s #33 Aston Martin Vantage AMR, driven by Ben Keating and shared with Henrique Chaves and Marco Sorensen, was second with a 1:59.698 lap. Dempsey-Proton Racing’s #77 Porsche 911 RSR-19 came third with Christian Ried behind the wheel, setting a time of 1:59.708. Ried shares his duties with Sebastian Priaulx and Harry Tincknell.

The Bapco 8 Hours of Bahrain flags off at 2pm. 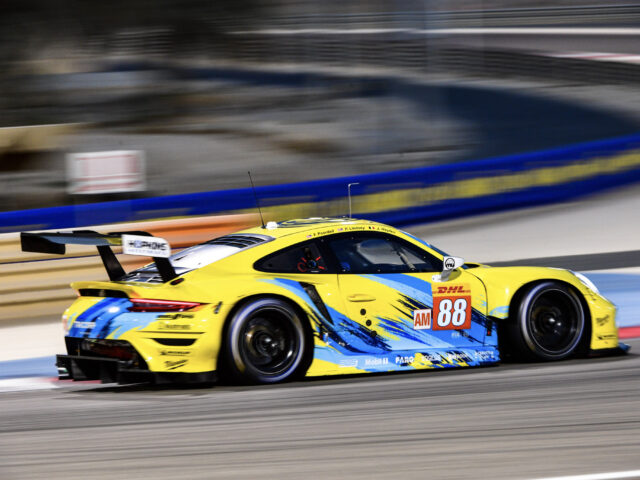 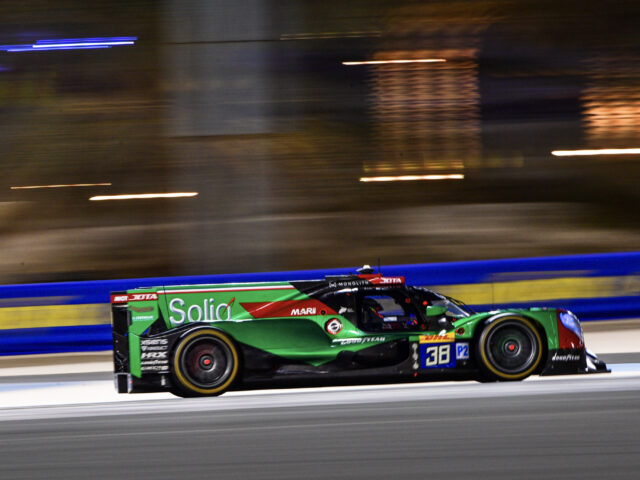 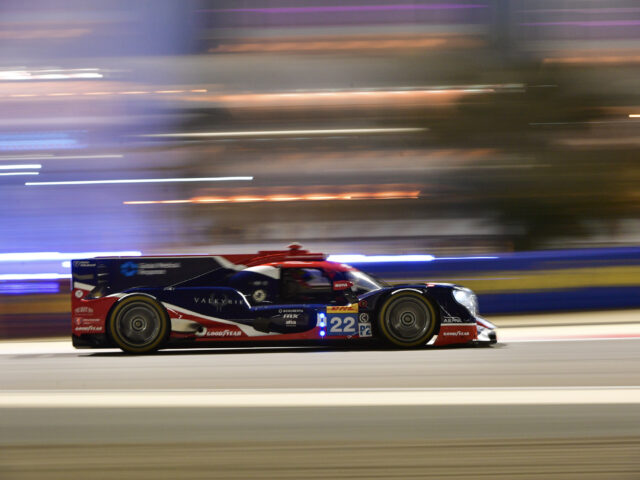