A Bull run in Baku

A Bull run in Baku: Analysis of high drama at the Azerbaijan Grand Prix, brought to you by Bahrain International Circuit

There have been some memorable occasions when the fate of a championship has turned on a sixpence. Rarely, though, does this happen twice in the space of two racing laps, but this is exactly what happened in Baku this weekend. If the last race in Monaco was one for the purists, a combination of high drama and a podium deeply unfamiliar to the 2021 season made Baku a race for the masses.

The street circuit in Azerbaijan has been described by some as having the complexity of Monaco with the speed of Monza. Whilst that is probably a little over the top, it does have a reputation for chaotic races. The marshals in Baku, who in previous years had been trained by our very own Bahraini experts, were certain for a busy weekend.

Qualifying on Saturday lived up to the chaotic billing with no fewer than four red flags, with Lance Stroll, Antonio Giovinazzi, Daniel Ricciardo and Yuki Tsunoda all having an unwelcome meeting with the wall. As a result of this disruption, it was difficult for many drivers to get representative times on the board. When they did, it was Charles Leclerc in the Ferrari who put his car on pole, fortuitously some may say, as Verstappen and Hamilton both had flying laps in Q3 interrupted by red flags. Despite that, Hamilton managed to qualify in second, which surprised many given their pace earlier in the week. Verstappen qualified third and Pierre Gasly matched his best ever qualifying in fourth.

The start of the race was pretty clean, which was quite surprising given that turn one after the long main straight can get a bit fruity, and the top three retained their initial positions. It wasn’t long, however, until Hamilton took advantage of DRS to take the lead ahead of Leclerc, who was subsequently overtaken by Verstappen the following lap. We then had to wait until what was supposed to be the first and only pitstop of the day for the running order to be shaken up. Hamilton pitted first, but as has been the case a few times for Mercedes recently, it was not the smoothest of stops and they lost a crucial two seconds. Verstappen then darted in the following lap, with a customary sub two second stop for Red Bull and he came out in front. Perez followed quickly afterwards and he too managed to come out ahead of Hamilton.

The top three settled down, with Hamilton trying everything to get back ground, but was to no avail and calmness prevailed all the way through until lap 31 when Lance Stroll’s rear tyre dramatically failed with his car smashing into the barrier at high speed. Stroll got out unharmed, but there were concerns raised over the integrity of the tyres for the rest of the field, most of whom were on the same spec for the rest of the race.

Those concerns were well and truly valid as 16 laps later, with Max Verstappen looking at a certain victory driving with a level of confidence befitting a man who was growing comfortable as a championship leader, his rear try blew and he too hit the wall. The significance of that split second could have been profound for the drivers’ title; a full 25-point swing to Hamilton.

Immediately, teams starting raising their concerns over the radio to Michael Masi, the Race Director. Tyre integrity is a critical safety element for the sport for obvious reasons and this year Pirelli created a whole new tyre structure designed to be much more resilient. That resilience was suddenly in doubt, which is not a great place to be at 200 km per hour.

The race was then red flagged, enabling both the track to be cleared and also for all cars to have their tyres changed. After the delay, it was down to a two-lap race from a standing restart. Perez had the race to lose, Hamilton was on the team radio reminding his team that the season was a marathon not a sprint, Vettel had driven superbly into third and Pierre Gasly was well set in fourth.

Dramatically for Hamilton, however, at the restart he locked his brakes at turn one and went straight on, with the whole field then overtaking him. Perez then coaxed his car around for the final two laps, with Sebastian Vettel securing Aston Martin’s first podium in second, with Pierre Gasly in third, a season debut on the podium for all three drivers.

Ultimately, this weekend’s memorable racing drama had little impact on the championship standings. It could have been very very different, though.

Questions will be asked over the tyres in the coming days and the FIA and Pirelli will undertake their usual thorough investigations. In the meantime, F1 has a week off before heading to the Paul Ricard circuit in the stunning countryside of southern France. 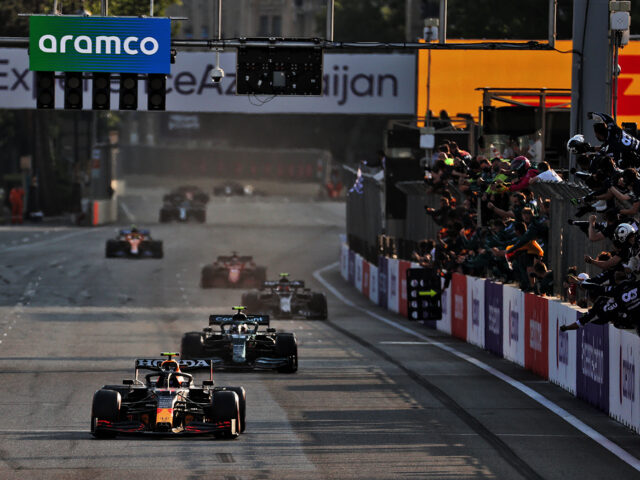 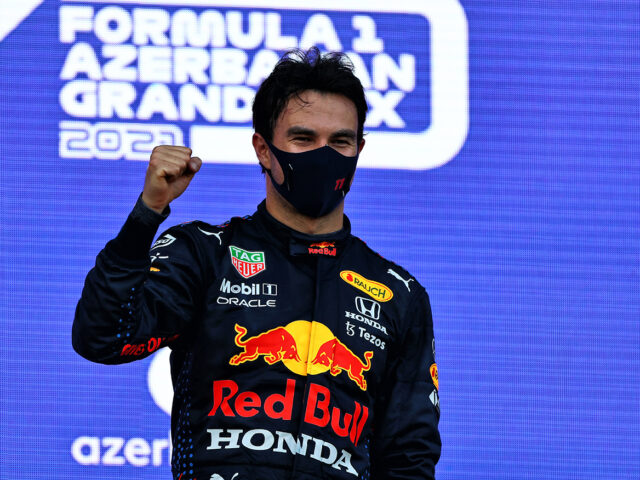 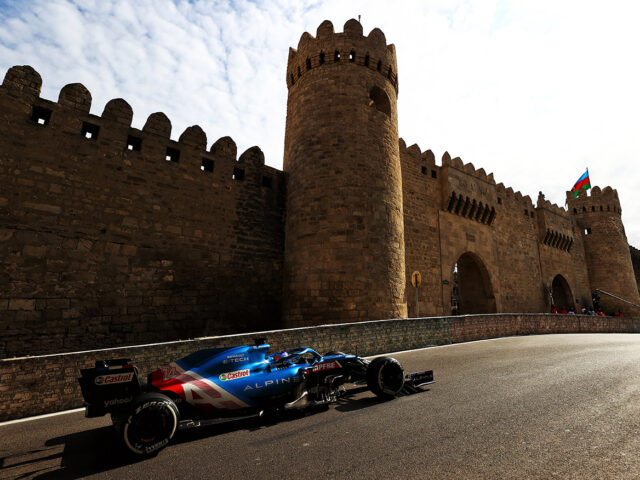 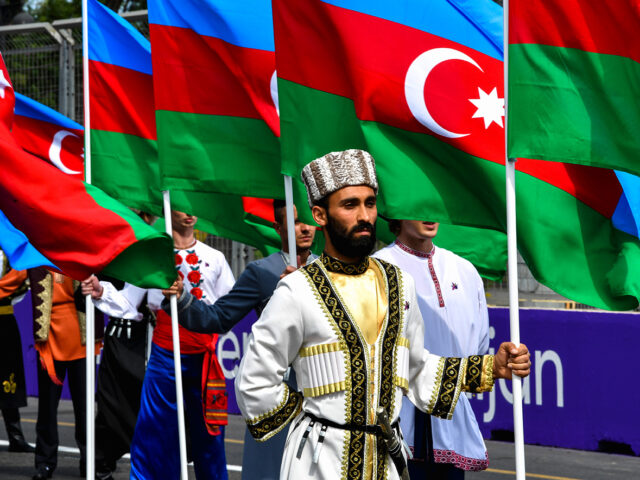 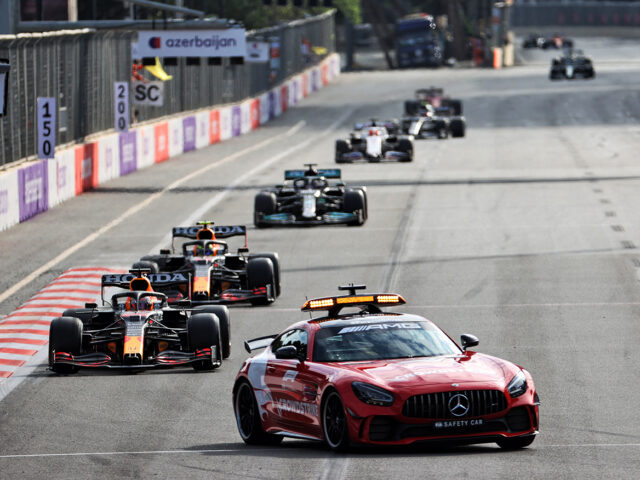 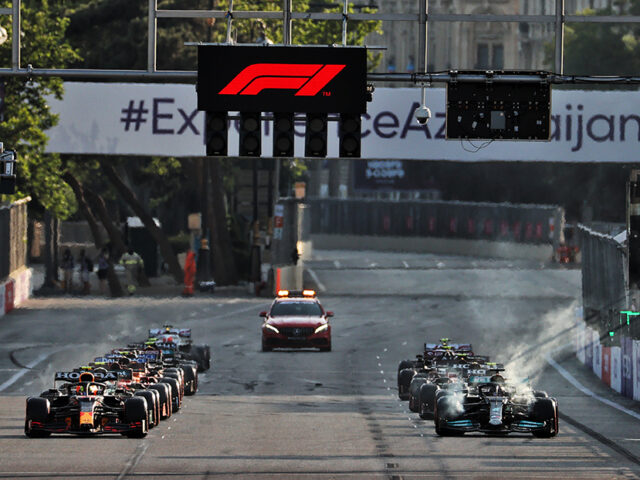 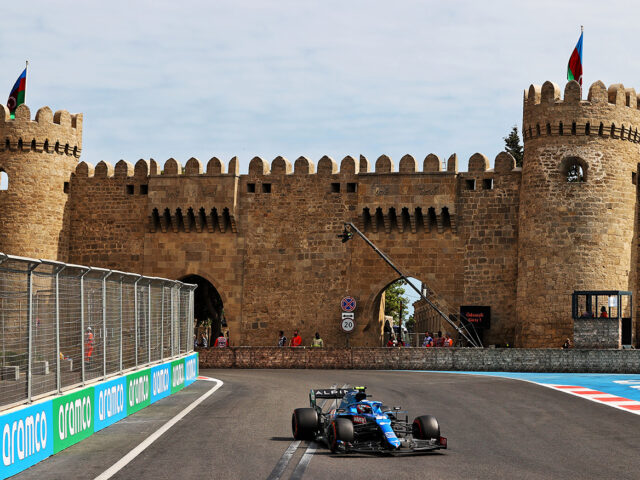 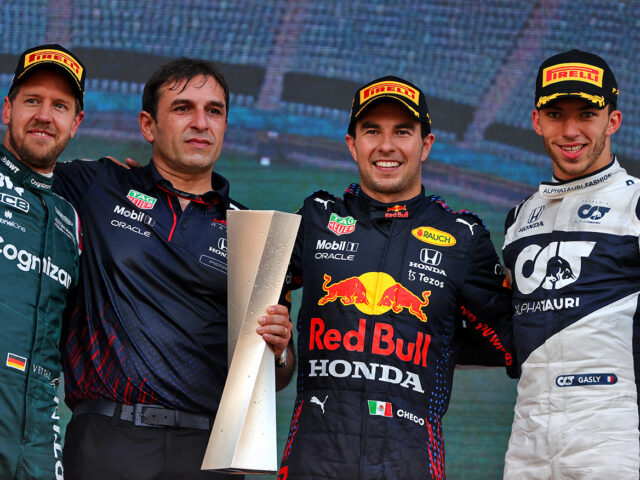 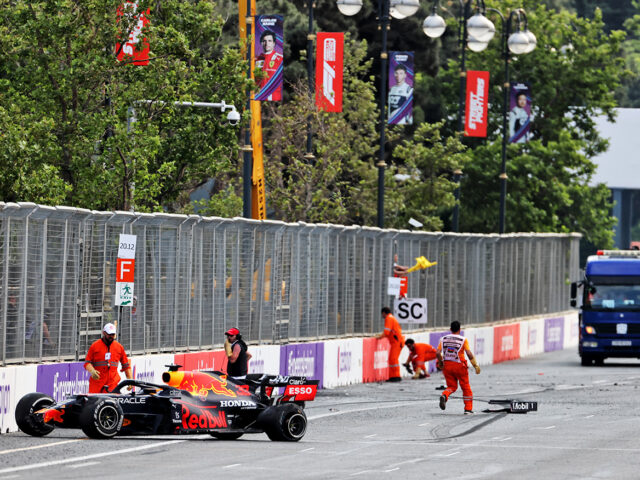 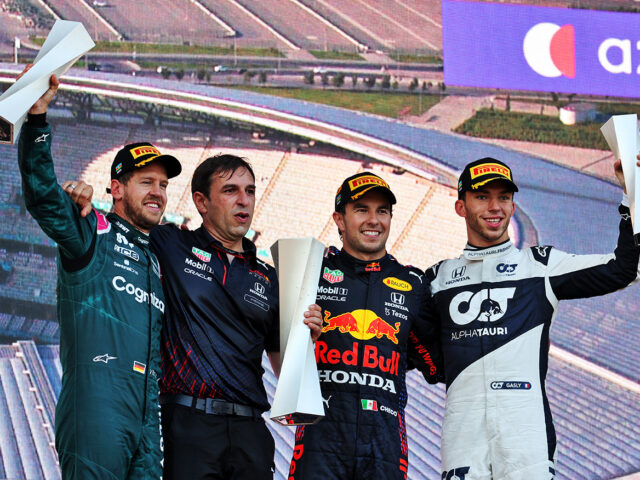