We haven’t talked about banking this much since 2008, with fans of NASCAR probably wondering what all the fuss is about. An extensively modified tract at Zandvoort hosted the first Dutch Grand Prix since 1985 and all the talk before the weekend was about banked corners, a sight rarely seen in F1 and certainly not on the current calendar. There was also the small matter of it being Max Verstappen’s home race, giving him the first opportunity to perform on his home turf in front of adoring fans. The sea of orange was everywhere and you will rarely see a more partisan crowd in any sports arena, all of which had come for one thing: A Verstappen win.

The weekend started well for the Dutchman, seemingly a good half a second quicker than Mercedes in practice. Much of that pace came through in qualifying, although a blistering lap from Hamilton meant that although Verstappen took pole, the Mercedes was less than 0.1 seconds behind. Still, it was the front row that the fans wanted, with Bottas third, Gasly in the AlphaTauri an impressive fourth and the Ferraris taking the third row. Elsewhere, Perez in the other Red Bull didn’t even manage to get out of Q1, with the McLaren pair also struggling, with Ricciardo 10th and Norris 13th. There was also unfortunate news for Kimi Raikkonen, who tested positive for Covid before the race weekend and was replaced by Robert Kubica. That news also coincided with an announcement from Kimi this week that this would be his last season in F1, but more on that later.

As the race got underway, Verstappen flew off to the perfect start leaving Hamilton no chance going into turn one. Spurred by the roars of his approving fans, he was a full 1.5 seconds ahead after the first lap and there was a danger it could have turned into a procession.

On a circuit not tested by this era of F1, strategy of tyres and pitstops were always going to be a little tentative, given the lack of available data. What was clear early on, however, was that overtaking would be tough. A narrow circuit with several fast corners offered few opportunities. Turn one was a possibility, with DRS preceding it, but other than that it would be pit stop strategy that would dictate success. The main question was whether to take one or two stops as well as careful tyre choice with, unusually, not a huge amount of different on pace for each option.

Hamilton seemed to answer the question early on, with a stop on lap 21, suggesting a further one would be required later on. The Red Bull team reacted as one would have expected given the state of the championship race. It didn’t really matter what Verstappen’s strategists thought to be the best overall plan, they just had to match Hamilton. The only difference for the second stint was that Hamilton was quicker in comparison on different, medium tyres. By the time they got to lap 28, the gap was just 1.5 seconds and the pressure was on. However, given the difficulties of running these cars in close proximity (so called ‘dirty air’ doesn’t help the tyre wear), he could not get any closer. A further stop for Hamilton on lap 40 brought the same reaction from Red Bull, bringing in the race leader the following lap.

Spare a thought for Verstappen at this point. Leaving aside the closeness of this epic title fight, he had the expectations of a 70,000 home crowd, with goodness knows how many Dutch fans cheering on at home. It was the expectation of a nation on his shoulders.

Remarkably, the Dutchman remained unflustered and the scenes at the end of the race as he crossed the line were ecstatic. The sheer noise from the grandstands was deafening, more so than one would have seen even in Brazil in the days of Senna.

On reflection, what happened to the rest of the field in the race almost seemed irrelevant. Bottas was indeed just that, with a lonely and uncompetitive drive in third. Gasly continued his impressive form from qualifying, finishing fourth, with Leclerc fifth and his teammate Sainz seventh. Alonso was masterful, sandwiching the two Ferrari cars in sixth.

But this race was all about the Verstappen show and the passion of the home fans and the hue of orange everywhere you looked. The circuit looked impressive after its recent rebuild and the sight of the cars going around the banked turn three looked majestic on the TV broadcast. Zandvoort should be applauded for the spectacle they put on as a promoter, not that the fans needed any encouragement to get behind their man.

All eyes ahead of next week’s race at Monza is on the 2022 driver market. The announcement of Raikkonen’s retirement does give some clues as to the direction of travel, with the pieces of the puzzle very much focused on the potential movements of Valteri Bottas and George Russell. They both have said they know where they will be racing next season and we would expect all will become clear very soon. 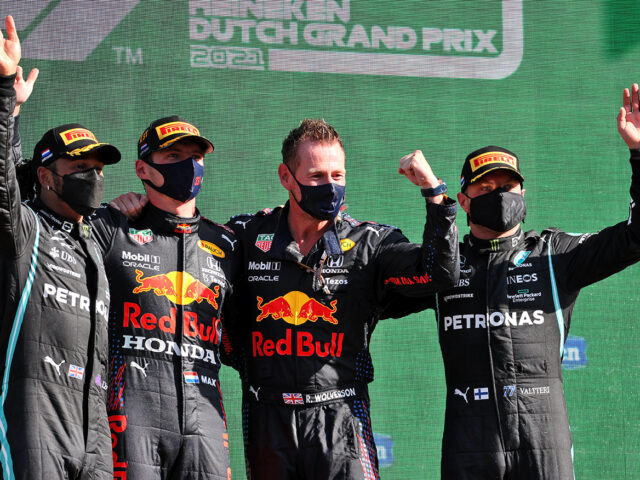 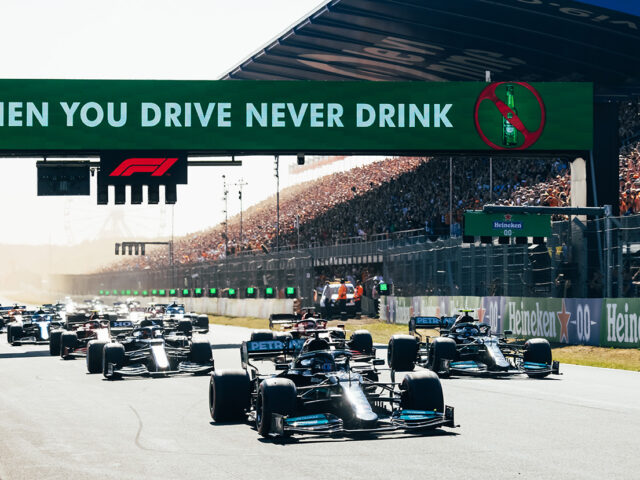 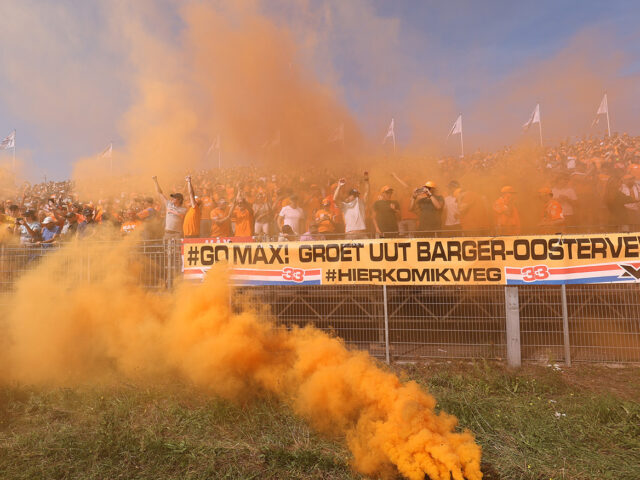 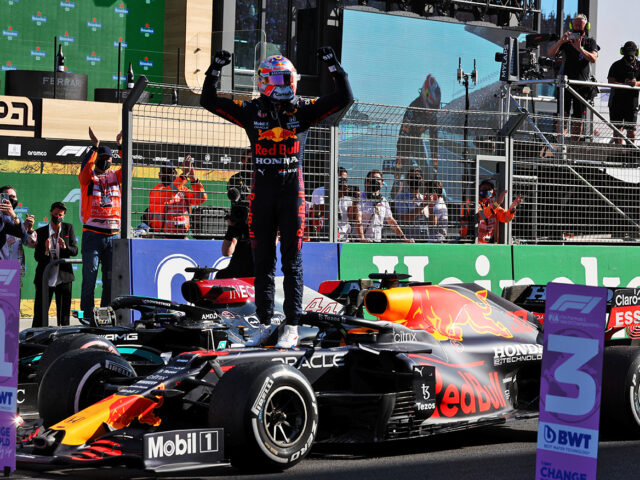 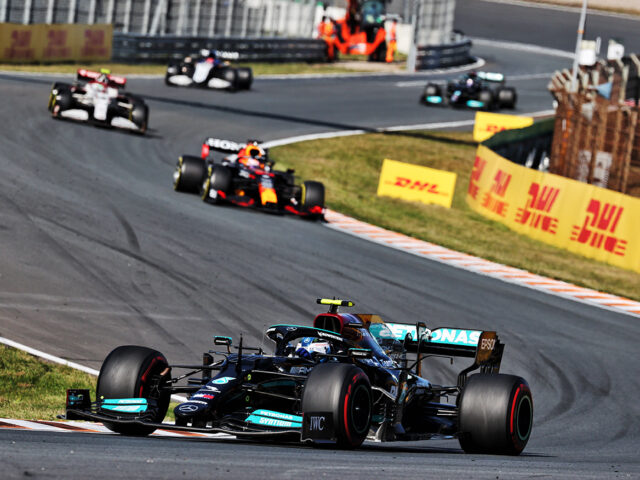 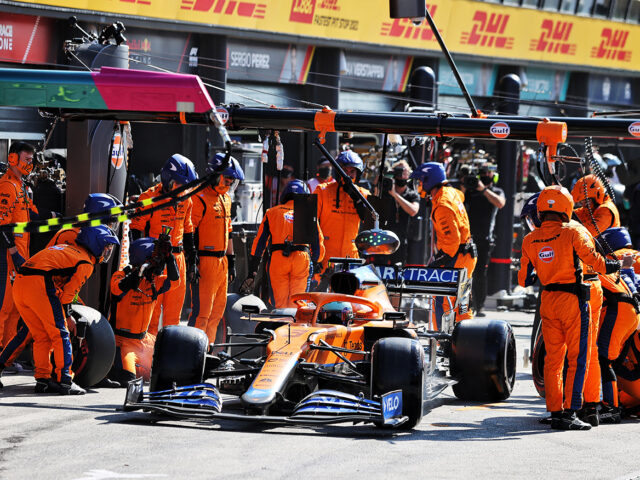